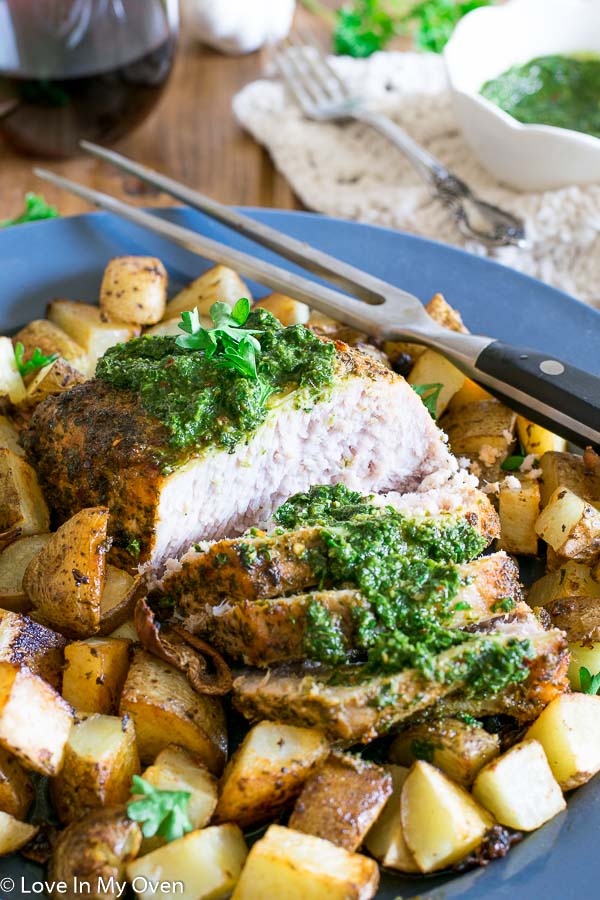 You guys, it’s officially Fall. I think I have to finally stop holding onto summer 🙁 If my latest outdoor adventure in the cold and wind leaving me shivering to the bone wasn’t enough to convince me, it’s actually fall now. The last day of summer was yesterday! We’ve been having chillier weather for a while now, and it’s certainly getting darker earlier and earlier, but I just wasn’t ready to say goodbye. *Sigh* our summers are so short, especially here in Calgary.

I do love some things about winter – like a snowy Christmas, building snowmen in the backyard and the crunch of snow under my shoes…but I’d be completely ok if I only got to experience these things for say, 3 months. Not 8!! Oh winter, how I dread thee.

The only thing that perks me up is the thought of alllll the seasonal cooking and baking in store for us! I can finally turn on my oven without facing the wrath of my husband, and all those beautiful casserole dishes of mine start making an appearance again.

This roasted chimmi pork is one of those warm-your-soul meals. 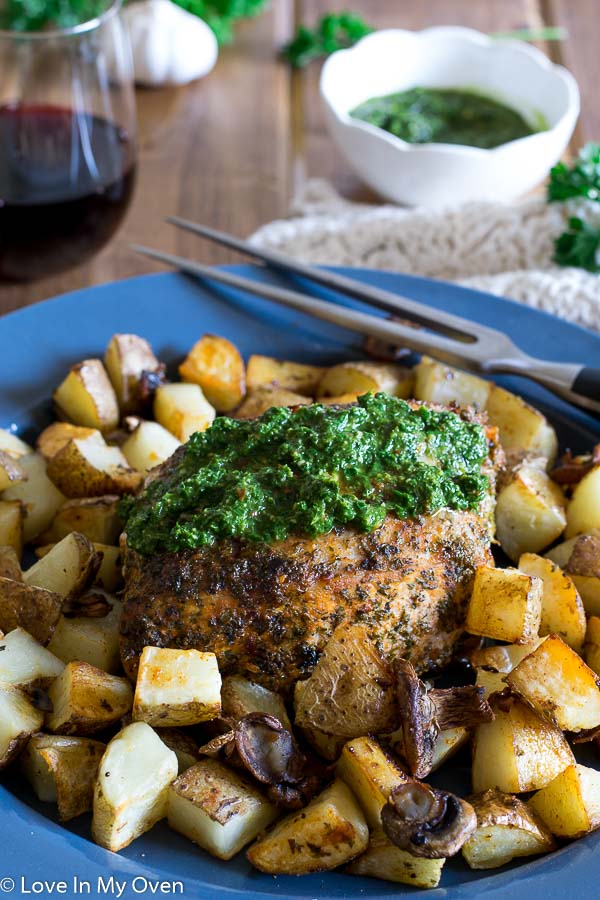 Chimichurri sauce is one of those things that I discovered way too late in life! Since its discovery a few years ago I’ve been putting it on steak, chicken and as of late, roasted pork. Something about that flavourful, herby green paste goes so well with pork!

After whipping up your chimichurri, this dish comes together in a snap. Prepare a quick rub for your pork loin and let things marinate for an hour or so in the fridge. Dice up some potatoes, mushrooms or whatever else you have on hand and spread it all over a sheet pan. Add the pork and cook for about 25 minutes! 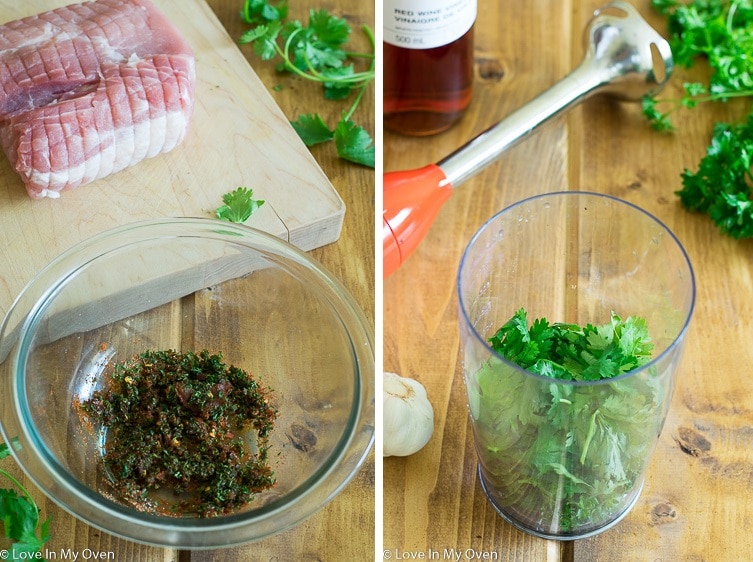 The sauce goes on later and really adds the best pop of flavour. The roasted potatoes and mushrooms are awesome, soft with a nice crispy exterior. You can’t go wrong with adding a little chimichurri to those as well 😉

Did you know they now recommend cooking pork until 145 F? It used to be 160 F, but cooking to 145 F results in a much juicier, softer roast. I’m a little nutty when it comes to meat safety so I usually cook mine until about 150 F give or take. 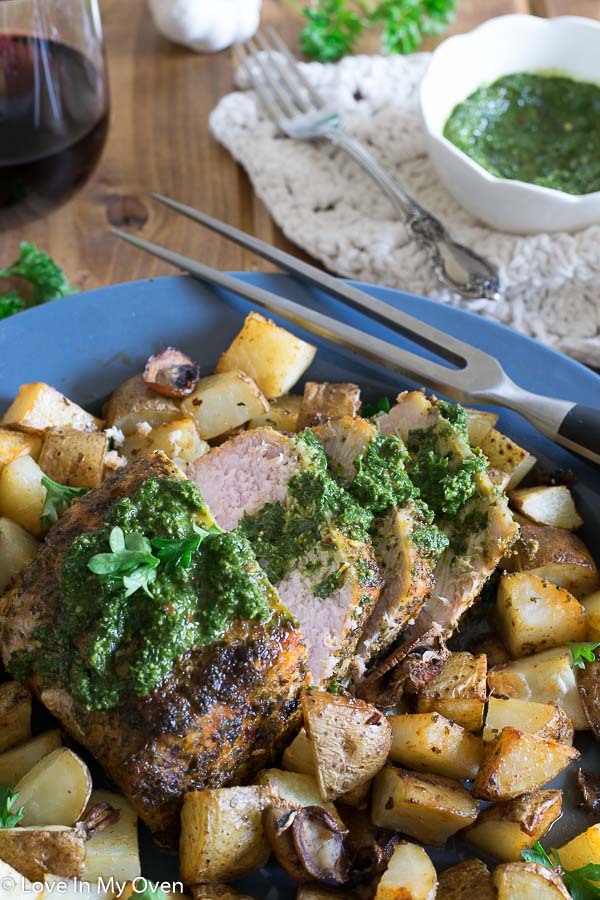 A brightly coloured chimichurri sauce with flavours of garlic and herb makes the perfect accompaniment to roasted pork with potatoes and mushrooms!

Leftover chimichurri sauce will keep in the fridge, in an airtight container for 3-4 days.