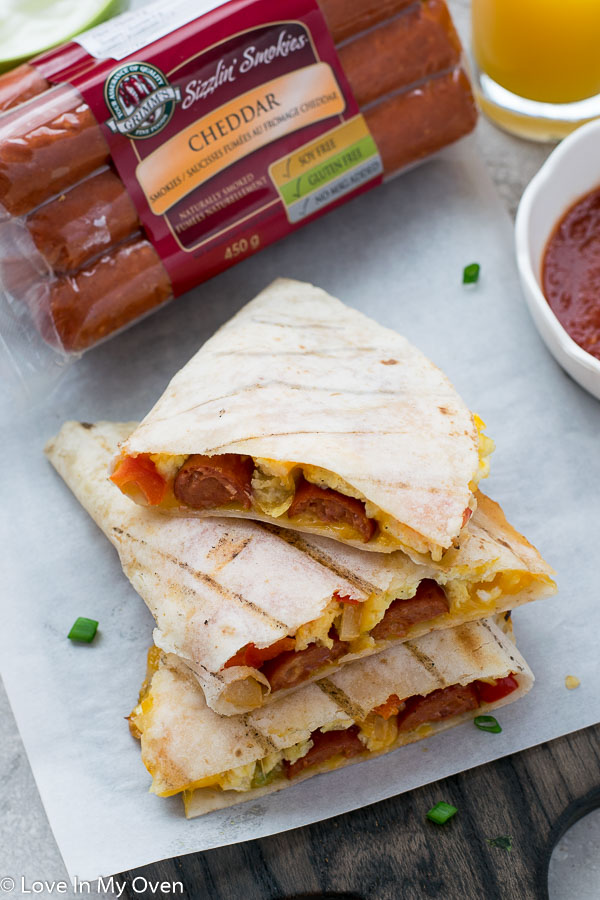 This post is sponsored by Grimm’s Fine Foods. All thoughts and opinions expressed in this post are my own. Thank you for supporting the brands that make Love In My Oven possible.

It’s here! Grilling season! We have been firing up the BBQ left, right and center. The other night we did salmon on the grill and it was so good. Soooo tender and flaky! One of the things we like grilling the most, however, are smokies. They’re a typical lunch for us during the summer, and sometimes dinner. The kids love chowing down on a dog on the deck in the sunshine!

When Grimm’s asked me to develop a recipe using their sizzlin’ cheddar smokies, I knew I had to get a little creative. A smokie in a quesadilla is unconventional, I admit. But we put bacon and other meat in quesadillas, right? Why not a smokie? Especially one that’s stuffed with cheese!

Oscar actually told me that his favorite part about these quesadillas is “the meat”. So I guess that makes it a win! The best part about this? You can make the entire thing on the grill! 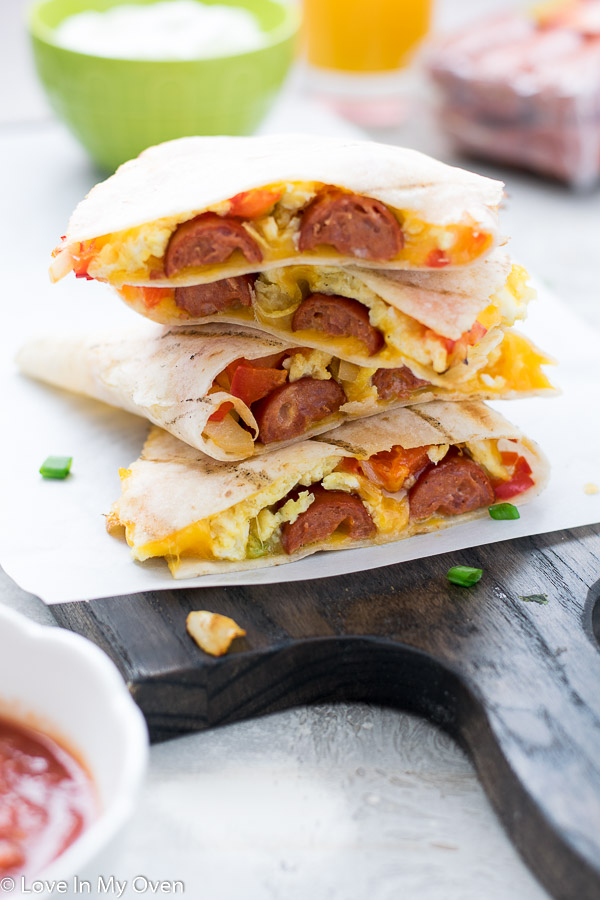 What is a grilled breakfast quesadilla?

If you’ve got kids, I can almost guarantee you’ve made them a quesadilla. Or ordered them one from a Mexican restaurant! They’re just so easy, and so good. We make them quite often for lunch, tossing in leftover meat, chopped up pepper, onion and whatever else we have around. The key is lots and lots of cheese!

A breakfast quesadilla is the same thing, but it’s put into the “breakfast” category thanks to the scrambled eggs! If I wasn’t using smokies, I would be using ham or bacon. I wanted to make a meal that you could easily make when you’re out camping, so I decided to grill these quesadillas. It gives it a nice smoky flavor!

How do you make a grilled quesadilla?

Start by cooking the smokies on the grill or over the fire, cooking them up until they’re slightly crispy and just beginning to ooze a little cheese! You’ll need 1 smokie per quesadilla. 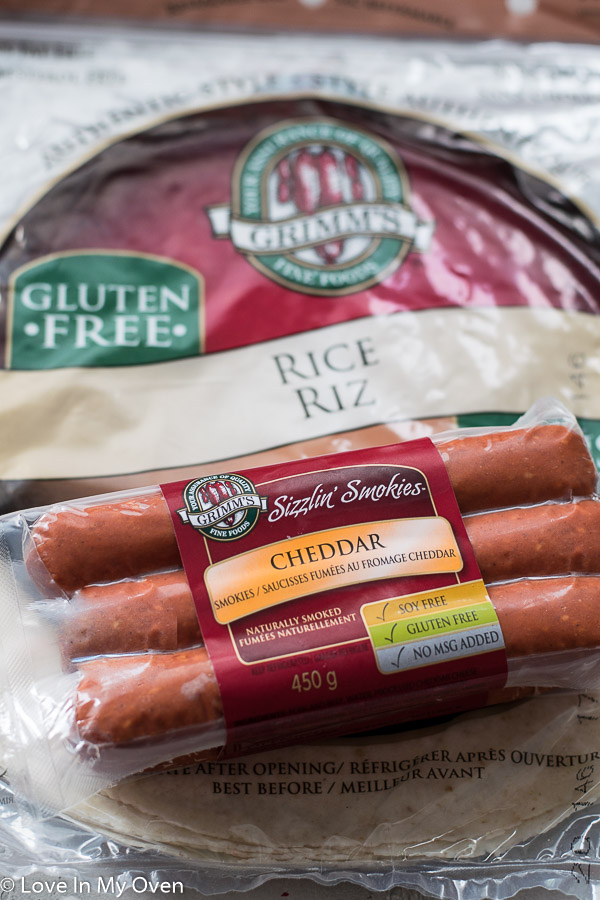 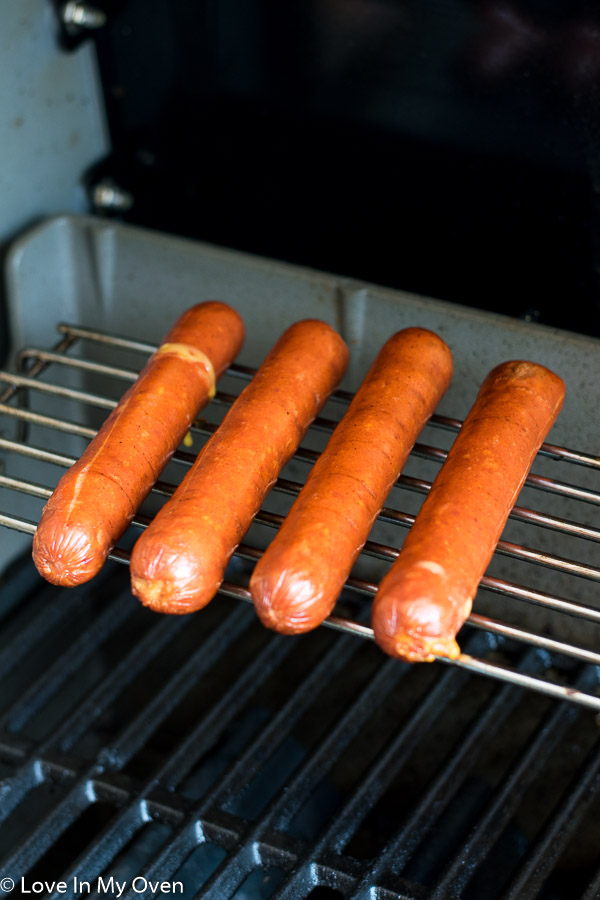 While the dogs are cooking, sauté some diced onions and peppers in a little oil, until soft. You could also add diced jalapeno to the mix if you want it a little spicier! Remove the veggies to a separate plate, wipe out the pan and scramble the eggs. You’ll need about 2 eggs per quesadilla.

Once everything is cooked, cut the smokies in half lengthwise.

Make the quesadilla by adding shredded cheese to one side of a tortilla, followed by the diced veggies, scrambled eggs and sliced smokies. Top with more cheese, then fold the naked half of the tortilla over the loaded up half, and place it back on the grill. If you’re doing this over a fire, you’ll want to place this on top of a metal grill or rack over the fire. 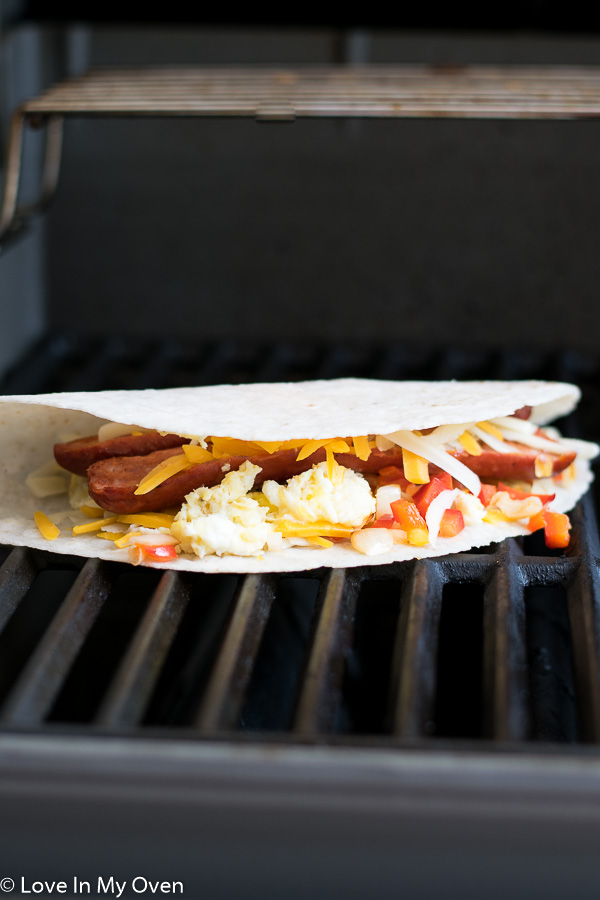 Grill the quesadilla for a few minutes on each side, until the cheese is melty. Serve it up with salsa and sour cream! We like hot sauce with ours too.

Typically one tortilla per person is more than enough. My boys shared one!

OH, and PS – did I mention that these are gluten-free too!? Even the tortillas! 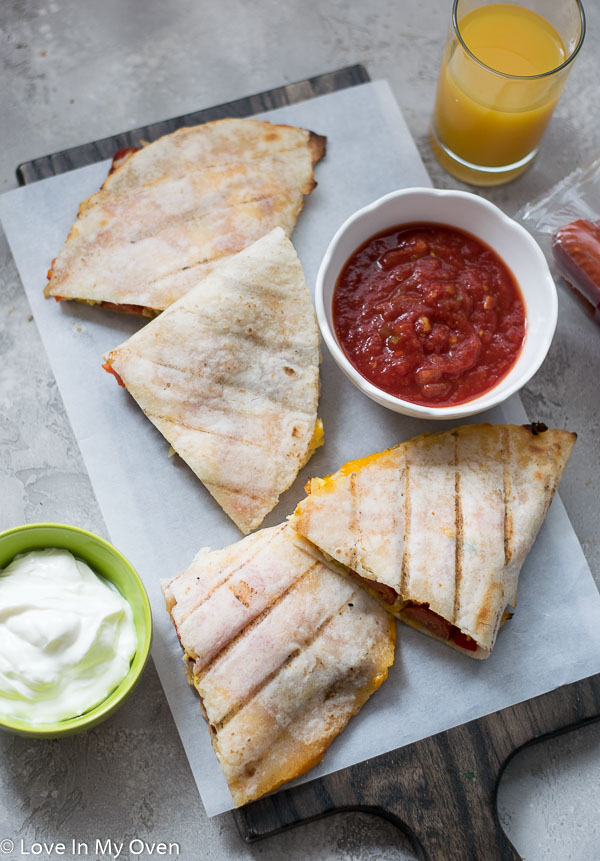 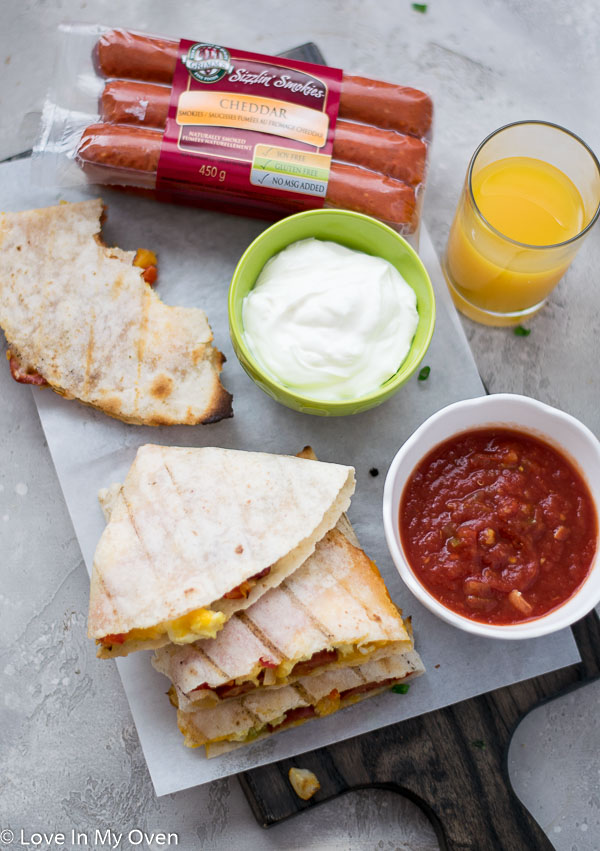 Some other delicious savory ideas for the grill:

Grill up some cheddar smokies, scramble some eggs and you’ll have yourself some delicious grilled breakfast quesadillas!

Leftover quesadillas can be kept in the fridge for 2-3 days, in an airtight container, and either microwaved or warmed in the oven.

If making these quesadillas over the fire, use a metal grill over the fire to finish grilling them at the end.

It’s Sunday, what are you baking!?
Yesterday I remembered these mini maple pecan cakes and now they’ve definitely got to make an appearance soon!! ❤
Made with the help of @williamssonomacanada
.
.

Spooky ice cream! 🎃👻
To my black licorice haters, this one is not for you!!
Iconic Canadian tiger tail ice cream, in an easy no-churn recipe!
It has always been one of my favorites!! 🧡🖤
.
.

My first new layer cake in a while, this pumpkin caramel beauty is a perfect fall cake!! 🍂
Soft, lightly spiced pumpkin cake with salted caramel cream cheese buttercream….😍
Want a slice?
*New* on the blog!
.
.

I made a batch of this for my latest post coming up this week… and we ate the leftover caramel with some apple slices!! 🍎🍏
Such a great treat.
My favorite thing EVER and such a cinch to make.
Who else LOVES salted caramel sauce!? 😍
.
.

A fall favorite!! 🎃
Peekaboo chocolate pumpkin loaf!
Such a fun (and delicious) bread to make during the fall season. The pumpkin and chocolate flavor combination is absolutely delicious!!
The kids are off school today so it’s another 3 day weekend for us! 🙌
.
.

I keep meaning to take new photos of this one because it’s still a favorite every fall!! 🍂
Let’s cheers to Friday with this apple cinnamon gin fizz!!
It’s such an easy drink to make and a very fun one to share with friends.
Cheers! 🥂
.
.

Homemade fruit leather!! 🙌
Apple cinnamon flavor – perfect for little lunchboxes or on-the-go snacking 🍎🍏
You can find the instructions for this newest 3 ingredient recipe on the blog now!
Today I’m joining Hattie on a little field trip with her preschool class to go check out some animals… should be a great day! 🐐🐑🐖
.
.