Soft and fluffy baked berry donuts with a pop of fresh berries, covered in a vanilla glaze! They’re homemade and delicious! 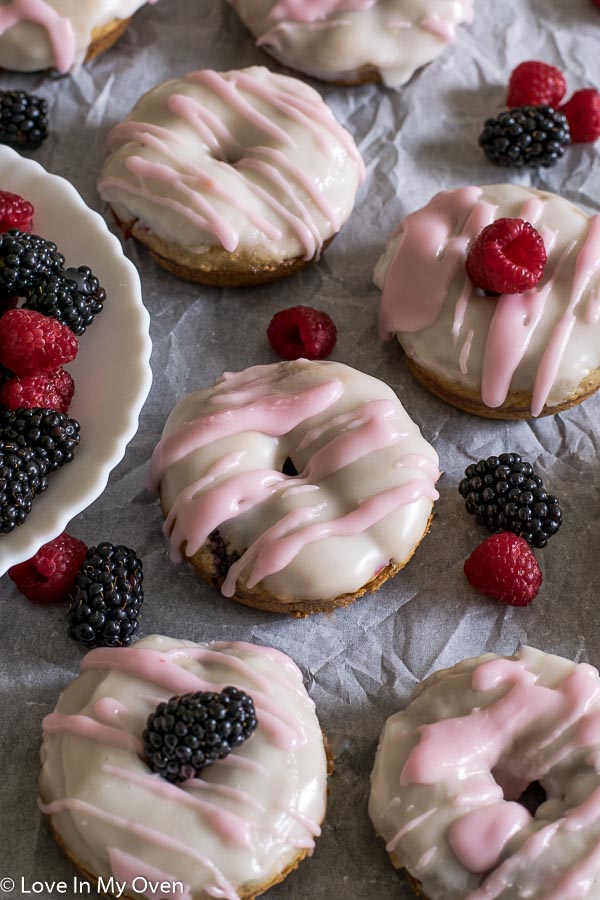 *Please note* this post was originally published in 2017. I’ve since redone the text but the recipe remains the same!

Okay, okay. I know that it’s now September and instead of sharing a pumpkin-spiced something or other, I’m sharing a summery, berry donut recipe. Forgive me!? I’d like to say this absurdity is because I’m still 100% fighting the end of summer (which is more than true), but the real truth is I simply forgot about these photos! I can’t lie to you.

I took photos of these donuts waaaay back at the beginning of July and for some reason I just haven’t gotten around to posting them yet! It’s not because they weren’t totally tasty, but I kept getting distracted with other summer fruits and recipes. Late or not, they’re here now – and I promise you, they’re worth the wait 🙂

What do you have planned for this September long weekend? A few years ago, Etienne and I spent September Long camping under the stars with some friends, off-roading in trucks through the dirt and staying up late roasting marshmallows and swapping stories. While I would love to re-create this weekend, it would likely not be the same experience with our two terrors in tow. We have contemplated camping in the backyard, but we’ve yet to actually do it. As soon as the sky darkens our bed always ends up sounding much more inviting.

We may not end up camping, but at least if I’m at home I can re-create this DONUT experience. These guys were a huge hit with the kids – even without the glaze! 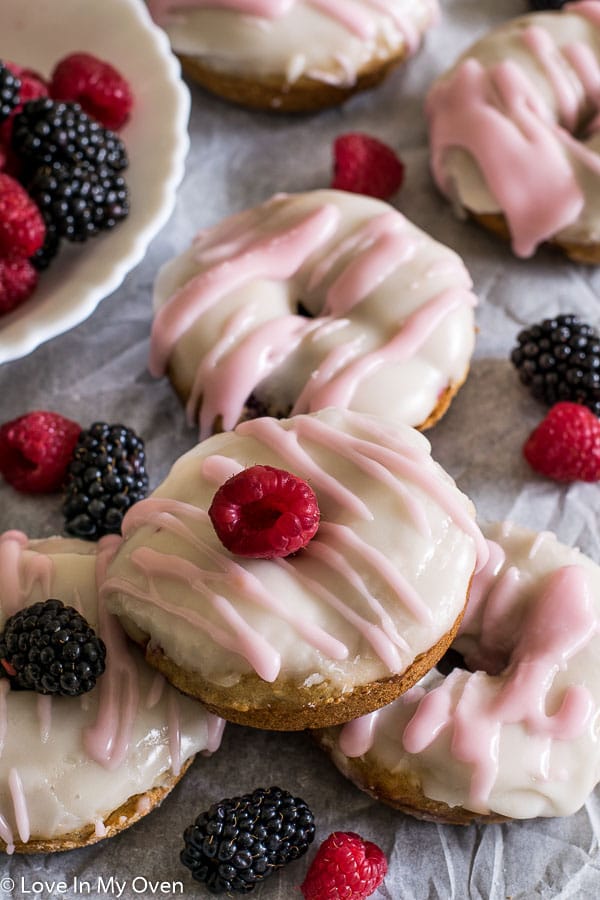 How do you make baked berry donuts?

If you’ve made baked donuts before, then you’ll have no trouble making these! Actually, if you have made muffins, you’ll have no trouble with these. Start by mixing together the dry ingredients, then the wet, then combine the two together. Since we’re using fresh berries here (the best) you will want to be very careful folding in the berries at the end so they don’t bleed into the ingredients!

Use a well-greased donut pan for these donuts. They’ll take about 10 minutes to bake, or until they spring back lightly when poked gently. Let them cool before adding the glaze, or else the glaze will just melt into the donut.

Are these donuts healthy?

These baked berry donuts are actually a pretty healthy choice for your family. Without the glaze, they’re only made with natural sweeteners. They’re sweetened with banana and maple syrup, and contain only 2 tablespoons of oil in the whole batch! All that, and they’re still as cakey and soft as a donut should be, thanks to the Greek yogurt. It totally keeps the moisture in! 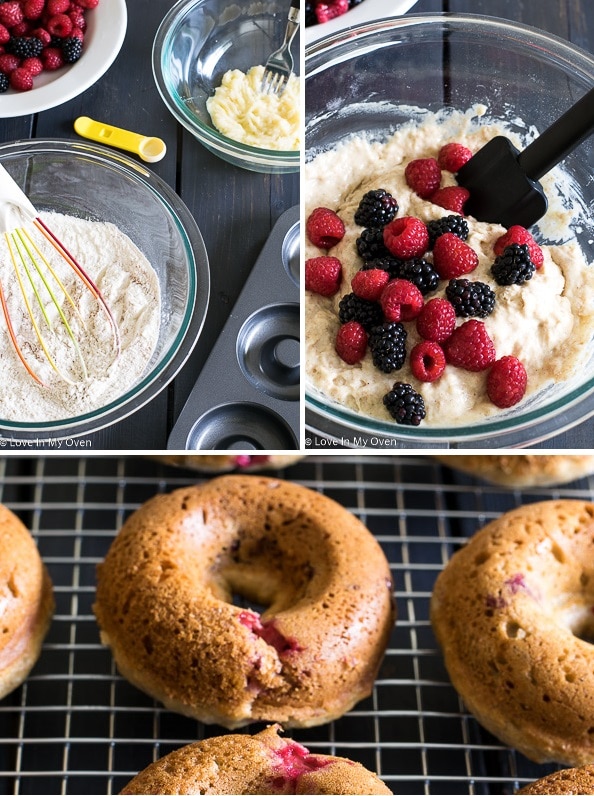 One other important point to make – if you’re using large blackberries, I recommend cutting them in half before tossing them into the batter! My favourite mixture is raspberries and blackberries but blueberries and strawberries would also be a great addition to the mix!

Whatever you’re getting up to this long weekend, baked donuts are sure to make it better 😉 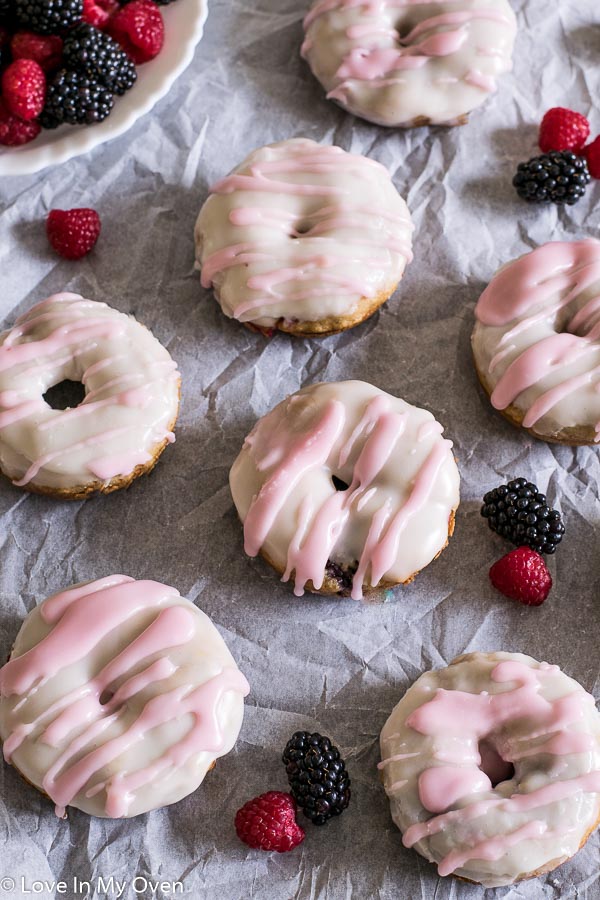 Some of my other favorite donut recipes:

Soft and fluffy baked berry donuts with a pop of fresh berries, covered in a vanilla glaze! They’re homemade and delicious!

Donuts are best served immediately, but will keep in an airtight container for 2-3 days at room temperature. If the room is warm, the glaze will seep into the donuts.